(Get caught up on the whole series here: Read Part One, Part Two, Part Three, and Part Four.)

So how did I ended up in bankruptcy after building two million dollar revenue-generating businesses? 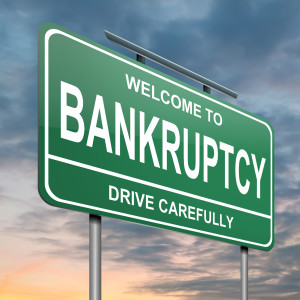 First, let’s do a recap of the main decisions that brought me to bankruptcy:

All of this landed me in over $500,000 of debt. And, I don’t regret taking on a single bit of it. Most of it was used for very good purposes (I learned a tremendous amount from all of it) and yes, there were some frivolous purchases as well. All of it is and has been repaid back many times over as I use what I learned from each of those investments to participate in creating a world that works for everyone.

So now that I had all this debt, I had to make the decision about what to do with it.

Should I negotiate down the debt? Should I make the money using a business model I no longer believed in? Should I file bankruptcy?

What was the truly RIGHT thing to do?

Negotiating down the debt would take a lot of time and energy. PLUS, it would likely stick me with a big tax bill based on the amount of debt forgiven. That didn’t seem like an awesome plan.

Making the money to pay back the debt felt as if it would suck my soul. The business models I had created were not serving at the highest possible levels. I knew I could do better in and for the world. I also knew it would require a degree of letting go that I had not yet previously experienced to discover something entirely knew.

As I dove into the inquiry around “right” I had to give up all of my preconceived, conditioned notions of right and wrong. My conditioned mind told me that the “right” thing to do would be to pay back the debt, of course. But when I felt beyond the conditioning to what would be truly “right” from the perspective of learning the biggest lessons, making the most space for my gifts to come through most powerfully, and most deeply serving the world, I knew that I would have to give up everything I thought I knew, including my brand, my reputation, my image, my ego and do the unthinkable — file bankruptcy.

In reality, filing bankruptcy was the most responsible decision I could make. So, I did.

I consulted with bankruptcy counsel, two astrologers and decided on the most perfect date to file the bankruptcy, August 24, 2012 it would be. And with that, I was given a Fresh Start.

I moved off the farm and back into Boulder and began to rebuild.

Just two years later, my work is thriving more than it ever has before. The lessons I learned in the process of filing bankruptcy have supported me to create businesses that are sustainable, not just for me, but for all the people who work for the businesses and for the people served by the businesses.

I also got to test out the asset protection strategies I had the foresight to put in place many years before bankruptcy was on the horizon, strategies I believe every entrepreneurial risk-taker should be using in their own lives to protect their work, their families and allow for maximum risk-taking and commensurate impact. They worked. While I had to give up all of my personal assets, my business assets were safe and I was able to rebuild again very quickly.

In next week’s installment, I’ll share some of the details of how I structured my assets for maximum protection as well as how I was able to rebuild and recover so quickly and today be better than ever.

I’ll see you then.

There are just a 2 more installments of this series left!

In the next installment I’ll be sharing how I rebuilt and recovered after the bankrutpcy…
-AND-
I’ve got a juicy FINALE that you’re not going to want to miss!

Stay tuned for the rest of the story in the upcoming installments of this series where I’ll be discussing my decision to file bankruptcy, how I got there and what happened after I did. And keep an eye out for my books “Financial Liberation” and “You Are Not Your Credit Score” in 2015. Read Part One, Part Two, Part Three & Part Four.