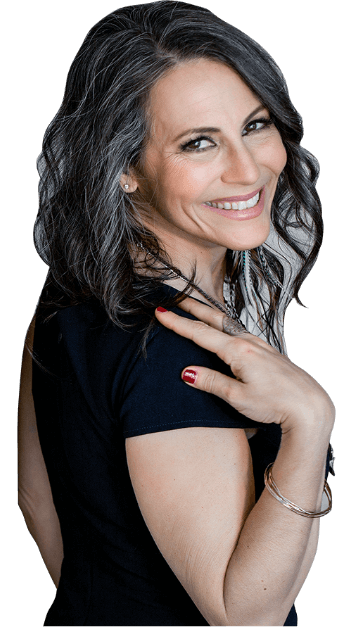 Ali Katz is a family, financial and legal expert who works as a private advisor for families, small business owners, and inheritors of family wealth, in addition to running 3 of her own, purpose-aligned companies. As a trusted advisor, Ali supports her clients to make eyes wide open legal, insurance, financial and tax decisions, often providing interim CEO/CFO services to founders ready for their next level of expansion and evolution.

Ali graduated first in her class from Georgetown Law and worked at one of the top law firms in the country before starting and selling her own highly successful 7 figure law firm. Today, she leads a company with a valuation of $16M that has made the Inc. 5000 list 4 years in a row, and trains lawyers on the new law business model she invented for serving families and business owners as a trusted advisor. Over 350 lawyers are licensed across the United States by Ali as Personal Family Lawyer firms, to serve clients with her heart-forward, counseling based methodology.

But Ali hasn’t always had this level of financial awareness or success. She’s experienced the full range of financial reality, from growing up the poor little rich kid with a distorted view of money among the wealthy Jewish families in Miami, waitressing her way through college, to collecting a 6-figure paycheck working as a tax and corporate associate at Charlie Munger’s law firm.

Ali went on to create two million dollar businesses, wrote the best-selling book on legal planning for families and became a family, financial and legal expert on television all before walking away from all of it, moving to a farm and filing bankruptcy because she began to make money without a core understanding of the legal, insurance, financial and tax foundation of her businesses. Ali’s bankruptcy and time at the farm led her to identify Money Dysmorphia, a common disease that many of us carry leading to perpetual “not enoughness”, and which she now helps the people she counsels to see and cure in themselves.

It was also the year I began living into the question, “Who am I if I’m not making every decision through the lens of money?”

Until then, I had been.

And the results were a million dollar law practice that I built and sold. Then a second million-dollar business helping other lawyers build their practices. My two kids in the finest private schools. A beautiful home steps from Hermosa Beach. And regular appearances on TV as a family financial and legal expert. A pretty picture, on the outside…

But on the inside, and behind the scenes, I was not a woman I liked being. I didn’t like who Alexis Martin Neely had become.

I was a mean boss operating from the deeply self-centered belief that everyone was lucky to be working for me. Nor was I a good friend. And I didn’t like who I was as a parent either.

I also suffered from the perpetual feeling that I didn’t have enough despite all the abundance I created. (One form of Money Dysmorphia is “never enough”).

So over the course of 2010-2012, I gave up the house by the beach, the hired help, the TV appearances and “big business” and did what was for me, the unthinkable – moved my family into a two-bedroom farmhouse in Colorado where I learned to live without money or “success” as my motivating factors. (Yes, I “bought the farm”–a symbolic death of everything I knew in the past). I also took on a new name to reflect my new way of being – I became Ali Shanti.

Ali Shanti was the me that was going to not care about money.

Growing up, we were the “poor” family among the wealthy Jewish families in our community. My parents operated financially from scarcity and fear. My mom would take me shopping with her at Bloomingdale’s. She was good at keeping up the appearance of wealth. But not for me. My clothes were all from Kmart. By the time I hit adulthood, I had a deeply ingrained feeling of “not enough.”

Life on the farm healed my distorted perception that there was never enough money. Far from the high-performance, more-more-more lifestyle of “Alexis Martin Neely,” I became a free spirit. Paying the minor bills I had was easy. And I felt spiritually fulfilled.

But as Ali Shanti, I had a new problem…

I was “just getting by” financially-speaking. While it was enough to support me and my kids, “just getting by” wasn’t enough for me to give my gifts fully. I often felt as if I was living life like a teenager–and often not being the best mother to my kids. Nor a real leader in my company.

So in 2014, I chose to come back to the world of business and make money again. This time with money in its rightful place: money as fuel for abundant generosity and sharing my gifts.

I went to work building two new companies to help lawyers, families and business owners around the legal and financial topics that bring me the most joy:

Building any business is never a cakewalk, so it was not without new challenges. But I was a different person.

The first difference-maker was I no longer treated my teams and companies as support mechanisms for myself or my ego. I led from a place of service to others. This was key to New Law Business Model growing into a $5 million company that has now made the Inc. 5000 list of the fastest-growing companies in America three years in a row.

Secondly, I mapped my financial needs and wants taking into account my actually available time, energy and attention, so I could get out of the Money Dysmorphia mindsets of “just getting by or “never enough.” This mapping became what I call the “Money Map Process,” and it put an end to any decisions based on fear, scarcity, or greed. It enabled me to see that I could afford a real deal (and quite expensive, if thinking just in terms of money) COO for my company. He has the experience necessary to turn my small business into a highly impactful company that is no longer dependent on me.

And most significantly, I stepped up big time as a mother and a businesswoman. Today I’m stewarding two significant businesses, and I’m showing up as a good mother.

Finally, I am the woman I always knew I could be.

So in 2019, paying homage to my father, who died in 2004, and to my own journey of integrating the separate parts of myself that longed to be united, I took the name Ali Katz. Katz was my father’s original last name at birth, and has a long lineage in our Judaic history.

Today, my purpose is to help as many people as possible to live beyond choices based in scarcity, fear or greed. I envision a world in which we are able to be in harmony with ourselves, each other and the planet. A world where people care for each other. A world without Money Dysmorphia, where we each get to live free and be clear on who we are, why we are here, and what’s ours to do.