New Economy: Beyond Competition & Violence for Our Survival

[Note from Ali: this is a guest post from new economy icon, Daniel Schmachtenberger.  With this post, I am inviting Daniel into a continuing dialogue I look forward to you all participating in — here in the comments — that will open all of our eyes to the shifts we can make now in how we show up to lead the way into the new economy.]

In today’s new economy post, Daniel wakes us up to where we came from, why we may do a lot of the things we do, and how we can begin to make a more conscious choice about where we go from here.  Competitive, violent, survival-based conditioning was once necessary and, now, our survival itself depends on us consciously making a shift to the next level.

Evolution and the survival of our planet requires that the one’s of us who survive now are those who are able to collaborate, connect and thrive the way the flowers did during the time of the first radiation.  The flowers would not have flourished in a culture where competition and violence were required.  They had to find another way.

And, so do we. Read on and I’ll add a bit more commentary about the new way and your part in it after Daniel’s article.  See ya there.

In earlier human history there were cultures that had a deep awareness of interconnectedness, and had economic and value systems based on shared interest. These cultures (usually matriarchal or matrifocal) had more communal than individual ownership, collective decision making rather than command and control hierarchies, and valued quality of life rather than conquest. They invested in arts, crafts, spirituality, study, and human connection rather than in militaries, castles, and expanding territory.

While these cultures produced a higher quality of life for their people with less resources more sustainably, they we 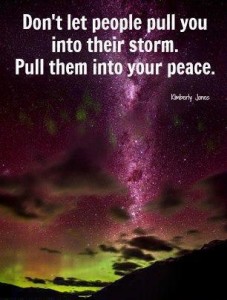 ren’t good at protecting themselves from warring cultures. The dominator cultures won in an unconscious natural selection process determined by war, not merit. And when two violent cultures met at war, the more successfully violent one triumphed, subsumed the strengths of the other one, and grew.

Today, technology has made our capacity for violence and domination greater than the biosphere can continue to support. What has got us here is now threatening us going further. We must upgrade to a conscious selection of what is good and viable rather than the natural selection of what is dominant. This is a fundamental evolution of evolution itself.Originally posted on Facebook here. 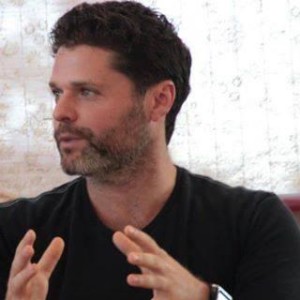 Daniel is a social engineer and evolutionary philosopher and strategist. He is the founder of Critical Path Institute, a research and design iniative aimed at developing an integrated set of technologies and processes capable of organizing and supporting a distributed and continually updating comprehensive critical path management system for humanity’s total evolution.

He is working to repurpose and synthesize relevant state-of-the-art systems for information management, complexity processing, mathematical forecasting, and other data science tools into an integrated set of functions capable of global resource allocation planning and strategy. His aim is the shortest path to a fundamentally redesigned world-system that makes possible and supports the highest quality of life for all life, now and ongoingly.

Specifically, his focus is on the development of new systems of economics and governance that intrinsically incentivize life-enhancing behaviors at all levels of agency, supporting distributed and spontaneous problem solving and conscious participation in our global evolution.

[Note from Ali: Can you see evidence in your own life that we are the distillation of the most successfully violent cultures? You may find yourself disagreeing, shaking your head and thinking, “no, we aren’t violent” perhaps comparing us to the characters in the Game of Thrones and recognizing just how far we have come. After all, we no longer fear being beheaded by the temperamental King or Queen.  Or, do we?

In my life, I see evidence of violence and unhealthy competition in the ways my children snap at each other.  I see it in blogs like this one where people are cheering on a fight between a well-known TV show producer and a sensitive passenger on the same flight. (It turns out, the fight was fabricated, but the lust for the fight represented in the comments of the blog were not.)  I see it in the shows America loves — Jerry Springer, the Real Housewives.  We crave drama.

We endlessly compare ourselves.  (At least, I do.  Do you as well? I call it comparison despair when I slip into it. It can be painful and almost never improves my life.) 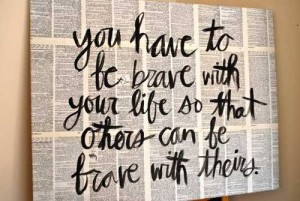 And, while it may not yet look as if we are the people of the Capitol in the Hunger Games series, obsessed with fashion, parties, entertainment while people in our world are starving, opressed and living in poverty (or maybe we actually already are),  it’s definitely one of the directions we could be heading if we don’t heed Daniel’s warning and make a conscious shift now.

The first step is we must wake up now to where we are violent (to ourselves and those around us), where we are competitive in ways that are unhealthy, and how we may be sending our children in to fight for the death, simple so we can be entertained.

So, are you ready? Are you ready to take a good hard look at where we may have been asleep about that? If so, let’s discuss in the comments.  Perhaps Daniel will come chat with us there as well.  Please also read the comments on Daniel’s original post on Facebook where people began to lay out a vision of a new future. One in which we are most definitely not the people of the Capitol, but instead creating a new humanity that is sustainable for all.

Let’s hear it. Where have you been asleep (or see asleepness among people in your life) around violence?  I’ll share there shortly myself.