Remember That Money Breakdown I Told You About? 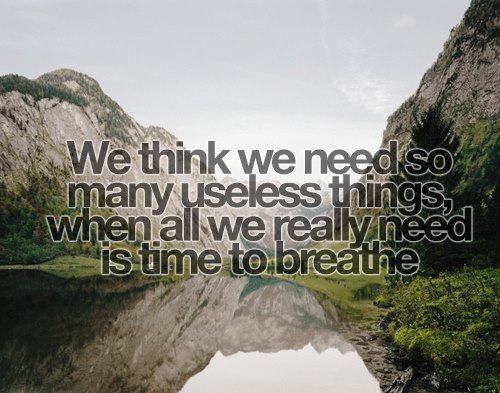 A couple of weeks ago, I wrote to you about the money breakdown that happened where our companies weren’t going to make payroll and my ex-husband lost his income all in the same week. What I didn’t tell you is how all of that led to one of the biggest breakthroughs I’ve experienced yet. Well, my friend, you’ll be glad you waited, because today’s the day and I know it’s going to shift things for you too. So, you’ll recall, when we last left off in my little tale, we were basically financially fucked. And I was freaking out. In the past, the way I would have handled this sort of financial stress would have been to sell something. Anything. And fast. My mind would go into creative overdrive. What can I sell? What can I do? Frantic, frantic, frantic action. And hey, listen, that’s worked in a limited fashion. It’s gotten me by. But, it’s never gotten me ahead. This time, I did something totally different. It had a far more feminine feel. It was more in line with my Human Design (something I’m learning about from my friend Christopher Power that has had big impact on my awareness — hit reply and let me know if you want an intro). Instead of doing more, I shifted my being. I made the choice to relax and consider the real resources I had available to me. I counted my blessings. And then, an idea came to me that I would never have considered in the past. Instead of selling something, I would ask for help. [gasp], ask for help? How could I possibly do that? From a place of weakness, no less. But, yes, it was clear, asking for help was the right thing to do. So, first, I got clear on the help I needed. I needed to be able to pay for a program I wanted to attend that I wouldn’t have the immediate cash flow to cover. The program was something that had nothing to do with business and everything to do with me connecting even more to my feminine.The old me would have canceled it. Justified it with the cash flow crunch and put even more effort into the business. The new me simply can’t do things the old way anymore. So I asked 4 of my girlfriends to loan me the money for the program. That. Was. Big. It. Was. Scary. They. Said. Yes. 🙂 Well, one of them said she wanted to help me get more empowered around my financial situation and that I could promote something of hers in exchange for the loan. I said no. I am more empowered than I’ve ever been around money and that’s why I am not doing it the way I’ve always done it. Thank you, but I am finding another way. Here’s the funny thing. It turned out I didn’t need to borrow the money after all. Or promote something for my friend. Or sell some new creation just for the purpose of covering the shortfall. The process of asking, feeling supported and allowing myself to receive opened up something in me. I can’t quite explain it, there’s not really any words. But all I know is that we made it through the cash flow crunch (it turns out that more money came in than we were expecting from various sources) and the following week had the biggest enrollment we’ve ever had in our lawyer training program. Now, let me be clear here … I didn’t stop working during this time. I didn’t stop moving forward with the enrollment we already had scheduled. I didn’t stop moving forward with the big project that had to be completed before we could do that enrollment. I didn’t stop creating. I just didn’t allow myself to get off course by reacting to the cash flow crunch. I looked at what I really needed, I waited for inspiration re how I could get it, and then I asked for it. By the way, one other thing I did was to hire a lawyer to work with me on attracting investment capital for the business so we could take it to the next level and that also involves a whole lot of asking, waiting, and opening to receive. This is all really new to me. The idea of asking for help without offering anything in exchange (other than my deep gratitude and repayment, of course), is new. I never even asked my parents for money growing up. I bought my first car at 16, put myself through college and law school, and always had a strong feeling that I had to do it all myself. That’s shifting now. And it feels good. Tomorrow (I hope!), I’ll share with you the rest of the story that leads up to this past weekend and a big lesson for all of us around a new way of being and doing things. Until then … Alexis PS — while you are waiting for the next part of the story, you might want to listen to this recording from my soul sister Liyana Silver. http://www.embodimentexperience.com/preview-tele-class/ It’s only available until tomorrow, so I wanted to get it to you now because the doors are closing on her mentorship program and so much of what she’s talking about here has direct application to what I’m sharing with you in these posts. She puts words on the experience I am having in a way I simply cannot. If you do decided to join Liyana’s mentorship (and call in more of the types of experiences I am describing, make sure to send me your receipt and I’ll give you a bonus private session with me to integrate it all). Sorry guys, this one’s just for the ladies.